This year, the Fes Festival audience were left a little deflated, reeling from all of this week’s performances but unsure how to digest an oddly put together two-part closing concert After a slow start the stalls filled up to the brim, but luckily a warm breeze kept the audience awake and energised as they waited. For the last time the hosts entered the stage and gave a warm thank you to all the festival regulars who had attended this year.


The Kingdom Choir, from the isles of Britain, brought buckets of energy to the stage for the first part of the final concert of Fes Festival 2019. After recently performing at the wedding of Prince Harry and Meghan Markle in St George's Chapel of Windsor in May, they have leaped from fame to fame.

At the wedding they performed the iconic ‘Stand by Me’, topping the US Hot Gospel charts, and bagging a record deal with Sony Music. But their roots are twenty five years prior to this. Based in London, and conducted by founder Karen Gibson, who was declared the ‘Britain’s godmother of gospel”.

Tonight the audience had the pleasure of two concerts, one gospel and one flamenco. It wasn’t clear why they had put them as a two-part concert, and the order was even more confusing. 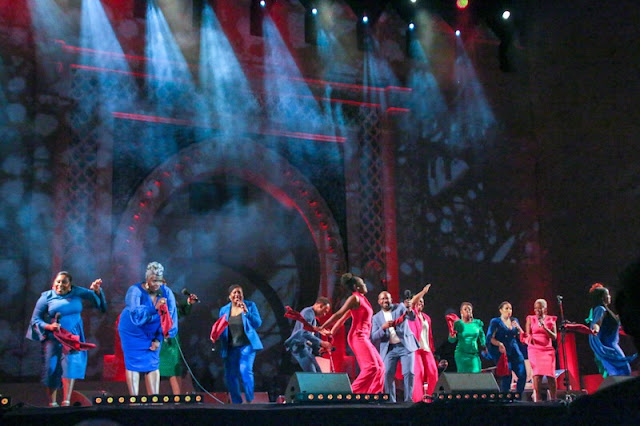 Opening with a powerful ballad, ten women and three men walked onto the stage with confidence. The conductor Karen introduced herself and thanked Morocco for welcoming them:

“Tonight we honour our one and only Aretha Franklin” Karen declared as they burst into song with ‘Sing a Little Prayer’. The truth is, within the first five minutes of singing, they blew every other vocalist in the festival out of the water. With a natural volcanic sound that exuded power, confidence and soul, they were unrivalled.

“We have people from England, from Italy, from India, Jamaica, Guyana. We're sorry we don't have anyone from Morocco, but tonight we have you.” 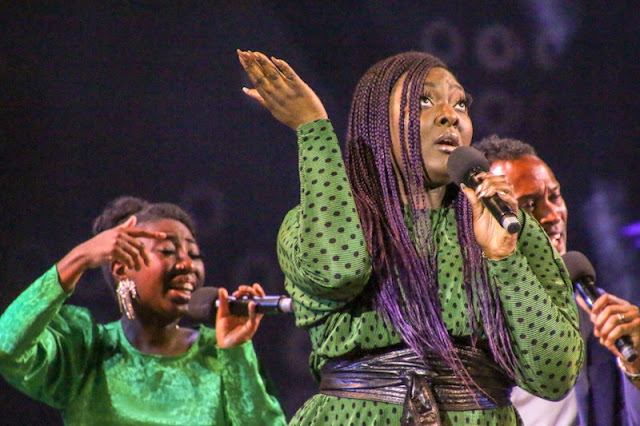 In honour of one West African singers in their ensemble they sang a traditional song. After that things got funky, and they asked everyone to take to their feet. With crisp clear and explosive vocals, the audience couldn't help but sing and dance along. The audience hadn't quite seen anything like it.

Being positive in the face of sorrow and hardship is central to the message of gospel music. Born from the suffering of slaves, and used for solace in secret, the melodies and lyrics of gospel, with flavours of jazz, blues and soul, has a unique power to uplift that no other music quite rivals.

Suddenly looking around it felt we were at a gospel church session. With the boys singing a long ‘lovely day’ and the girls repeating it over and over, the whole audience was on their feet singing. 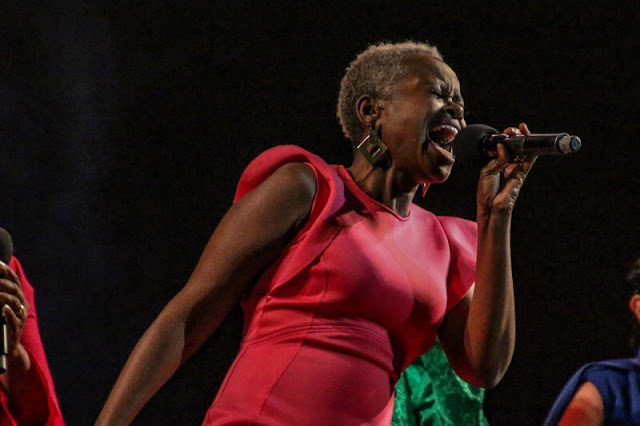 “Thank you the Gospel Choir of Morocco” the conductor said to the audience. With hips moving as fast as hands clapping, it was hard to see how flamenco could follow this act.

After a fifteen minute hiatus the audience were in store for something very different, Spanish flamenco music led by the duo José Mercé (vocals) and Tomatito (guitar). Performing since the age of 12 in flamenco festivals, José has an incredible voice, something unique and natural. His voice erupting from his frame like a spirit being exorcised, he shakes and wobbles as he sings, throwing his hands around in spasm.


Tomatito, real name José Fernández Torres, is a Spanish flamenco guitarist who has accompanied many of the most famous flamenco singers such as Camarón de la Isla. Together with Jose they shifted the atmosphere completely. Joined in stage with three percussionists using only their hands, and a drummer who was banging in all sorts of places, the sound was constant and hypnotic.

For a lot of the local audience who had been enjoying every minute of the Kingdom Choir, they weren’t so appreciative of the flamenco music. A lot of Moroccans left early, leaving a good few empty rows. However those who stayed enjoyed each rhythm and best, dancing and swaying their hips for the last time this year.


Disappointingly there was no finale that mixed artists as expected. The audience were left feeling as if the finale failed to deliver that ‘out with a bang’ feeling. The combination of various artists all on stage that occurred last year was unforgettable, and was a poignant end to a festival about unity. This year, however, the audience were left a little deflated, reeling from all of this week’s performances and unsure how to digest them with this oddly put together two-part closing concert.