Saturday evening brought the closing ceremony of the festival to Jardin Jnan Sbil, where a large crowd was offered a varied performance of Sufi music to end this year’s festival on high

The opening’s event centred itself around the theme of “The Secret Language of Flowers and Perfumes". This theme was emphasised at the start, with individuals, all in white gracing the stage to speak in overly emotive tones, as to the significance of this theme in Sufi culture. Unfortunately it came across as slow and indulgent and with little stagecraft other than by Leili Anvar, who is always a standout. It was surprising that, despite the short script, all the performers had to read their lines.
The opening sequence was lifted by the performance of the superbly talented Amal Ayouch, an actress with a list of films to her credit. It was a pleasure to see such professionalism. Ayouch gave a great example of how "being in character" makes a great performance


Born in Casablanca in 1966, Amal Ayouch showed interest in acting from an early age, performing on stage at high school. When she was 18, she arrived in Montpellier where she studied to become a pharmacist. While at university, in 1987 she joined a theatre group attached to the French literature department.


Despite this slow start to the night, Fatima-Zohra Qortobi proved a welcome addition to the stage, with her beautifully powerful and versatile voice fixing the audience attention. Fahtima’s performance must be remarked by her consistent engagement with her audience, as she encouraged them to clap, dance and sing along with her music. This is in turn proved significant for audience members, as it showed that Fahtima was not there purely to sing, but to share and celebrate Sufism in its entirety. The highlight of her performance was her ability to change the pace of her singing for added effect, which saw the orchestra and audience respond to her enthusiasm.


Born in Oujda, the capital of the Oriental, Fatima-Zohra El Qortobi grew up in a family attached to the traditions of Eastern Morocco musical heritage. At the age of 17, she won the prize for the "most beautiful Gharnati voice" festival in Oujda. Fatima-Zohra El Qortobi is an aviation engineer by profession, but her passion for singing and music that rocked her childhood and adolescence remained intact. 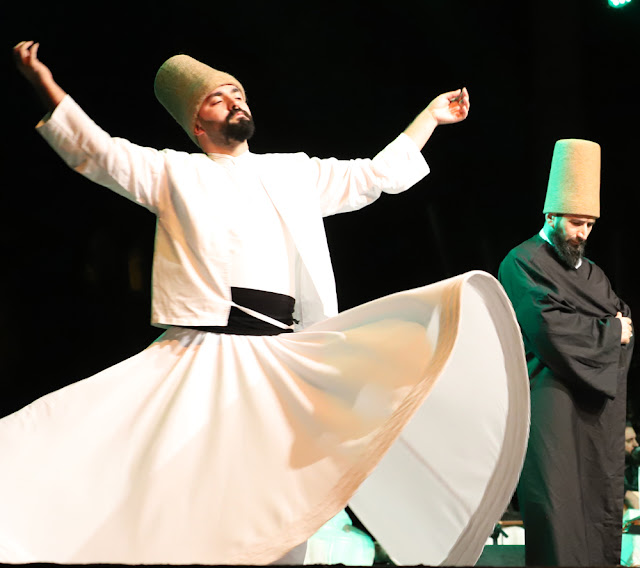 For many, the stand out performance undoubtedly came from Turkey's “Whirling Dervishes”, who filled the stage in a display of grace and tranquility, which received a powerful reaction from the audience, with much clapping, dancing and whistling along the spectacle. For many years Burak Bildik has been a regular performer with the Turkish Brotherhood and was warmly welcomed back to Fez.


Through the varied and diverse performances, the night itself successfully embodied the meanings and significance of Sufism within not only Morocco but across the world, with the audience already left anticipating the return of the festival next year. 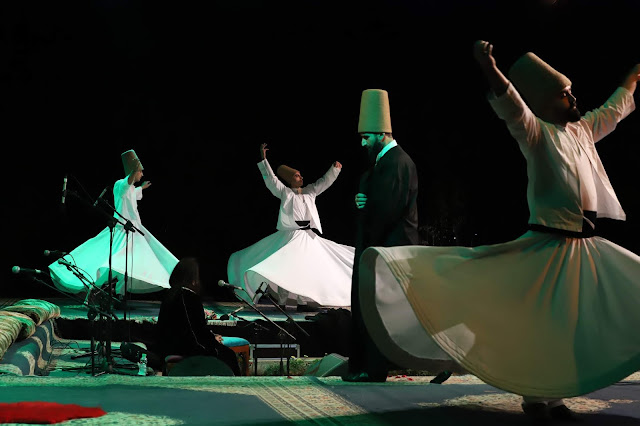