As the Festival of Sufi Culture concludes for another year, instead of our normal Festival Wrap, we have decided to let members of the audience to have their say. Our reporter, Alice Price, took time to speak to individuals across the week about their experiences and perspectives on the 12th edition of the Festival. 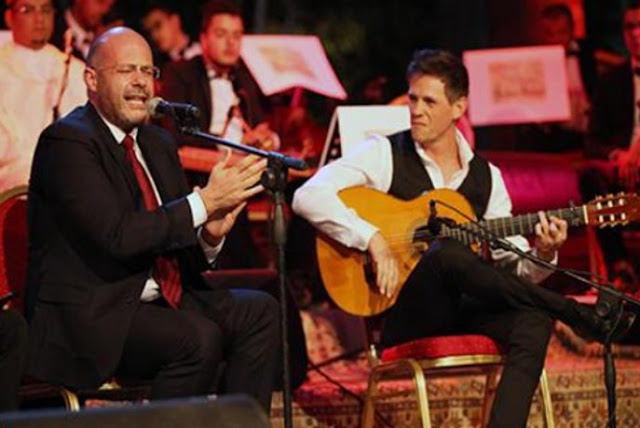 The most common complaints are, sadly, not new. For years patrons have commented on the lack of English language introductions and programmes. In 2019 any festival that aspires to be an international one, must, out of courtesy, provide information in English.

The festival was unable to communicate with its audiences about venue changes due to rain. A simple festival app would overcome this problem. The festival needs to have an information line. Patrons who rang the office found that the staff were not aware of venue changes.

The alternate venue (Commune de Fez pictured below) was acoustically unsuitable and criticised for being a long way from the Medina where a majority of patrons were staying. Many taxi drivers had no idea of the venue's location.


Hariya, Fez: “​I have been coming to this festival for 12 years now it still remains one of the highlights of my year. I come for the magnificent musical performances and to immerse myself in the true meaning of Sufism. As someone who has attended the festival since it was founded, I have personally noticed an increase in people attending this year, in particular the musical concerts”.

Salima, Rabat: “​I am a journalist and this marks my first time at The Sufi Festival. I believe that the festival is a wonderful thing, as it allows you to learn not only about Morocco but the rest of the world. For instance, through learning about Sufi poetry and the significant influence that other countries such as Spain had in its creation. Most importantly, the festival allows people to discover new forms of spirituality and makes the beliefs and ideas of Sufism available to all”.

Mathew, UK: “​This is my first visit to the festival and I have mixed feelings. The music and lyrics never fail to touch me. However, my main fear is that the Sufism of Fes finds itself a museum piece. I attended a performance by the musical trio at Dar Batha and I personally found the performance to be a weaker version of Coleman Barks. I also attended the Azzedine Alouie concert held at the Commune de Fez that evening, which I failed to connect with at all”

Marionne, France: “​I am here in Fez for a short while and I decided to take this opportunity to go to some of the events across the week. I attended the Tariqa Sharqawiya concert, and although i enjoyed their performance I thought the Commune de Fez as choice of venue was unfortunate, as it lacked atmosphere and energy. However, I found the events held in the Jnan Sibl garden to be beautifully atmospheric and had a real impact on the receptivity of the audience to the music and ideas presented”.

Hussain, Canada:​ “The festival represents a place where regardless of religion, people can come together to gain a deeper understanding as to the what Sufism really means to the individual. However, from my deep understanding and knowledge of Sufism, the festival represents a beach whilst Sufism itself is an ocean. This is not necessarily a criticism of the festival, but reflective of the depth of Sufism as concept. Having also attended the festival for many years, I have noticed a reduction in numbers attending this year”.

Prianka, India: “​Having worked for the festival in the past, I will admit that the festival has too much of an intellectual focus and I would like to seem them adding more interactive elements in the future. I did however, appreciate the addition of the cultural tour and also the perfume master class as it allowed for some variation. In coming years, I would like to see more focus on the community of Sufism, with possibly the addition of a tea service after each of the events to allow people to engage with each other and expand their mutual ideas”

David, Australia: The lack of info in English is a real problem. The round tables are a tired format with many of the same people year after year. While some concerts such as Tariqa Sharqawiya were superb, the opening night was in need of theatrical direction to make it more than a flat presentation of people reading from books. Where was the dynamism?

Overall, while it is evident that the festival still remains an important event for people to expand their understanding of Sufism. However, it is equally clear that the ways in which Sufism is celebrated and promoted need to be diversified and brought into the modern world  - as was indicated by the Festival's theme - "Sufi Culture - Spiritul Humanism for our Time".