Another hot spell for Ramadan! With temperatures in Fez expected to reach 38 Celsius on Sunday, Monday and Tuesday, the Directorate of National Meteorology (DMN) has announced that a heat wave is likely to hit a number of Moroccan cities from Saturday May 11 through Monday, May 13 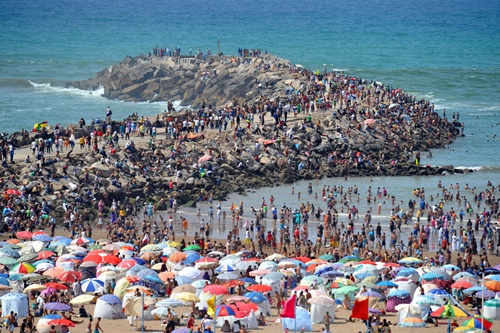 Cities will see a rise in temperature of up to 44 degree celsius in the provinces of Boujdour, Laayoune and Essmara in Laâyoune-Sakia El Hamra region, and up to 45 degrees in Aousserd and Oued-Eddahab provinces in Dakhla-Oued Ed-Dahab region.

High temperatures will persist until Tuesday in cities sitting in the northern interior plains while strong winds, with a speed between 75 and 85 kilometers per hour, will sweep through the Fahs-Anjra province and Tangier and Assilah cities in the Tanger-Tetouan-Al Hoceima Region.

Unusual Reforms in Saudi Arabia During Ramadan Cultures Combine in the Fez Medina
Comments
Order by:
Per page:
Post info