Visitors to Morocco often comment on the yellow-vested men who guard parked cars. However, there is now a call from Moroccans to denounce the parking attendants. 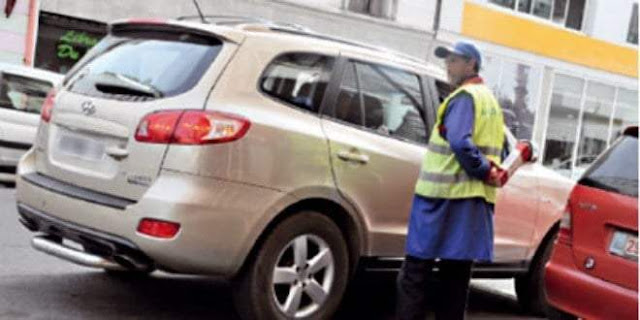 A little investigation reveals that the so-called guardians are simply people who have spent twenty dirhams to buy a vest and then positioned themselves where motorists want to park in what should be free parking. A social media campaign is that drivers must defend free parking and denounce any attempt to confer legality to the practice of collecting rents by car guards.

The initiators of this campaign have denounced the practice of guarding in the Kingdom. "Just buy a vest for 20 dirahms and choose a place where motorists often stop to ask 2 dirhams or more. It's insane, and it does not exist in any country, "he lashed out.

Likewise, they have argued that those concerned are far from being professional caretakers in that their activity is not to monitor cars but rather to rent just part of the public parking space . In addition, the initiators of the campaign do not intend to lead this fight alone.

That is why they asked the Government to play its part so that the order reigns. According to them, it will be for decision-makers to offer real jobs "to the carriers of the vests and  to avoid the continuation of the illegal exploitation of the citizens by car keepers."

Who says libraries are all indoor? The View From Fez Tops 5 Million!
Comments
Order by:
Per page:
Post info

Francais
Copyright © 2020 MoroccoMaroc.com
Are you sure?
Please, enter a value here