The spiritual heart of Morocco, Fez, is inviting locals and tourists to attend the first annual National Festival of Heritage and Aissaoui Art from December 5 to 7. 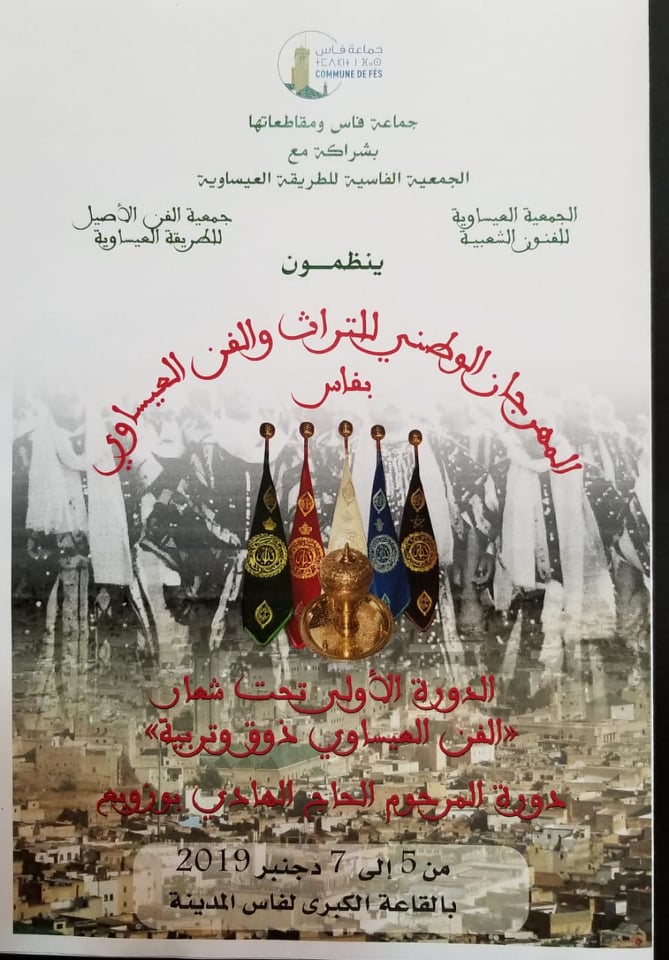 The festival seeks to take attendees of all nationalities and religions on a mystical journey into the world and rhythms of Aissawa, a type of Moroccan spiritual music.

The art, commonly rooted in the ancient cities of Morocco, especially in Fez, Meknes, and Sale, is known as Aissaoua, Issawa, or Aissawa.

The upcoming festival is set to feature a lineup of Aissawa bands from across Morocco, including the Fassi (meaning from Fez) Issaoui Community.

The grand complex of the Fez Commune in the Ville Nouvelle will serve as a stage for the event.


Imad Oudghiri, the leader of the Fassi Issaoui Community, told Morocco World News that with the festival, the three associations seek to revive the pure “Aissawa art, without adding any grainy” material.

He said that there are several other festivals that feature the art in Casablanca, Rabat, and Meknes, but they have not succeeded in preserving the authentic Aissawa style.

Oudghirir also emphasized the importance of “the participation of the former well-known ‘mqadmins’ [leaders of Aissawi bands] to pay tribute and homage” to the people who contribute to keeping that kind of art alive."

Oudghiri added that if this year’s event goes well, the city of Fez will host a second festival a year later.

Whatever the level of your dancing skills, Aissawa’s rhythms stir you into movement and can even make the most reluctant dancer bust a move.

Aissawa is one of the most eminent Sufi brotherhoods in Morocco. The mystical art emerged during the 16th century with the prominent Sufi master Mohamed El Hadi Ben Aissa, otherwise known as Sheikh al-Kamel, in Meknes.

The music relies on spiritual lyrics to glorify God and the perfection of the prophet of Islam, Muhammad.

A lack of primary sources makes it difficult to learn more about al-Kamel’s “tariqa,” or the Issawi approach to Islam. However, international media interested in Morocco’s heritage represent al-Kamel as a Sufi master and a “great and wise scholar who influenced entire generations.”

Born in 1467, the scholar’s influence travelled beyond Morocco’s border to reach other countries in the Maghreb, as well as Egypt.

The scholar reportedly studied at Morocco’s renowned university of Al Qaraouiyine in Fez.

In addition to the music and the spiritual atmosphere Issawa creates, the rhythms would be incomplete without the traditional appearances that perfect the experience.

Traditionally, members of an Issawi band wear white jellabas, representing purity and spirituality. Some of them, however, wear colorful jellabas with red and white stripes.

Instruments are also important to complete the rhythms. Drums and horns are some of the most important instruments used during the religious chants.

While Aissawa are common in festivals and ceremonies, many families host an evening or “lila” of Aissawa without a particular event in mind.

The host of the event usually makes it public, with neighbors and even strangers invited to take part in the religious feast.

Sufi Festival - Audience have their say... Morocco too passive in dealing with Chinese Tourism
Comments
Order by:
Per page:
Post info

Francais
Copyright © 2020 MoroccoMaroc.com
Are you sure?
Please, enter a value here