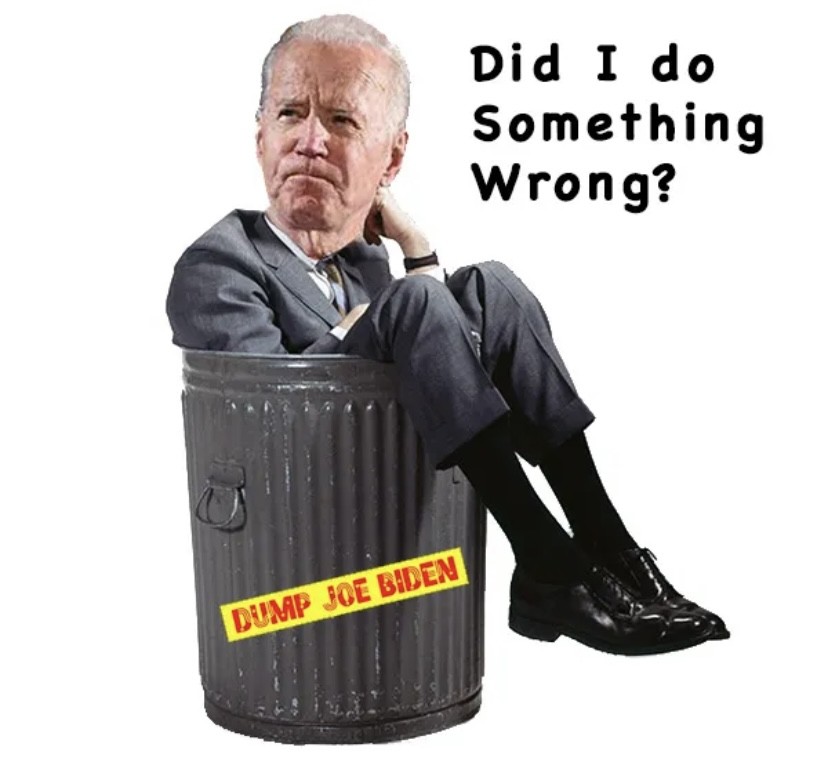 Geoff Young won the Democratic nomination for the U.S. House of Representatives in Kentucky’s 6th Congressional District on May 17, 2022. He will face the incumbent, Republican Andy Barr, in the general election on November 8, 2022. His platform calls for abolishing the CIA, cutting the military budget, ending U.S. support for AFRICOM and taxing the rich more.

A leader of the Kentucky Democratic Party said: “The party cannot actively support a candidate that engages in countless frivolous lawsuits against the party, its officers and virtually every elected official over the past decade.”

However, contrary to the entrenched party leadership, rank-and-file party voters seem to like what Geoff Young is doing and saying just fine, since they nominated him as their party’s candidate.

This week Young has called for the impeachment of President Joe Biden. Young wrote the following:

Each of the following actions, failures to act, and refusals to act constitutes an impeachable offense. Taken together, they justify President Biden’s impeachment by the full U.S. House of Representatives as soon as possible and his conviction by the U.S. Senate soon afterwards. The first item is the most immediate and urgent one.

Senior Colonel Shi Yi, spokesperson of the People’s Liberation Army’s Eastern Theater Command, slammed the spy plane’s flight path as being “intentional,” whose purpose was to “disrupt the regional situation and endanger the cross-Straits peace and stability. We firmly oppose this,” she said.

When President Biden made a commitment in October 2021 to back Taiwan militarily, he effectively overturned the One China Policy—established when the U.S. resumed diplomatic relations with China in 1979—that recognized Beijing to be the legitimate government of all China, including Taiwan.

According to Kuzmarov, “Under the UN Convention on the Law of the Sea, which China has ratified but the U.S. has not, nations are entitled to territorial waters stretching 12 nautical miles (22 km) from their coast. They may also claim an exclusive economic zone (EEZ) stretching another 200 nautical miles—beyond that are the high seas. At its widest, the Taiwan Strait spans about 220 nautical miles; however, at its narrowest, it is 70 nautical miles—meaning recent U.S. actions are illegal.”

If China had decided to shoot down the U.S. plane or sink the warship, it would arguably have had the legal right to do so under the UN Charter, which has been the foundation of international law since the UN was founded in 1945. What would the Biden administration have done next? Launched missiles at China or its warships? The conflict could quickly have escalated into a full-scale nuclear war that might kill every person on Earth.

To provoke a military conflict with China, Russia, or any other country is an impeachable offense.

2. Turning the United States into a co-belligerent with Ukraine against Russia

On April 19, 2022, James W. Carden, a former adviser to the U.S.-Russia Bilateral Presidential Commission at the U.S. Department of State, wrote an article in which he concluded that “the U.S. is, and has been for some time, a co-belligerent in the war.”

“Bruce Fein, a constitutional expert and former associate attorney general in the Ronald Reagan administration, told me this week that in his view, ‘the United States and several NATO members have become co-belligerents with Ukraine against Russia by systematic and massive assistance to its military forces to defeat Russia.’ According to Fein, the U.S. and its NATO allies are now vulnerable to attack by ‘an enemy belligerent,’ meaning Russia, because of their ‘systematic or substantial violations of a neutral’s duties of impartiality and non-participation in the conflict.’”

To violate America’s duties of impartiality and non-participation in the Ukraine conflict is an impeachable offense.

On December 17, 2021, Russia published a draft agreement on peace and mutual security with the United States. It contained eight articles, each of which would have led to reductions in U.S.-Russian tensions and reduced the likelihood of armed conflicts in Europe and the rest of the world.

Some of the articles were:

A) The Parties, Russia and the USA, “shall not implement security measures adopted by each Party individually or in the framework of an international organization, military alliance or coalition that could undermine core security interests of the other Party”…

B) “The Parties shall not use the territories of other States with a view to preparing or carrying out an armed attack against the other Party or other actions affecting core security interests of the other Party.”

The Biden administration’s flat refusal to enter into serious negotiations leading to a peace agreement with Russia, based on Russia’s proposal, led directly to the current military conflict in Ukraine and constitutes an impeachable offense.

Saudi Arabia has been waging a murderous, illegal war of aggression against Yemen since 2015. The United States has been helping its ally, Saudi Arabia, for the last seven years.

Every U.S. president who served during that period—Barack Obama, Donald Trump and Joe Biden—has been a war criminal for helping Saudi Arabia commit international aggression, which is “the supreme international crime differing only from other war crimes in that it contains within itself the accumulated evil of the whole,” according to the judgment of the International Military Tribunal at Nuremberg after World War Two.

After taking the oath of office in January 2021, President Biden was legally obligated to end that war of aggression. He should have used his influence over the Government of Saudi Arabia to compel them to end their aggression. If they had refused, he should have stopped all cooperation with the Saudi dictatorship (except the purchase of oil from Saudi Arabia by private oil companies), including stopping all weapons exports, military training missions, intelligence cooperation, and all other forms of government-to-government cooperation.

In October 2021, the Biden administration signed a $500 million contract “to support the Royal Saudi Land Forces Aviation Command’s fleet of Apache helicopters, Blackhawks, and a future fleet of Chinook helicopters.” The contract included training and the service of 350 U.S. contractors for the next two years, as well as two U.S. government” employees.

The White House had tried to make a distinction between offensive and defensive weapons, but maintaining military helicopters for the Saudi government constitutes aid to a military that is waging a genocidal war of aggression and is therefore illegal regardless of which adjective might be applied.

President Biden’s continues to help to the Saudi dictatorship as it wages a genocidal war of aggression against Yemen constitutes an impeachable offense.

President Biden meets with Saudi Crown Prince Mohammed bin Salman on July 15, 2022, despite both the Saudi’s illegal and genocidal war against Yemen and after a U.S. intelligence report released last year concluded that the crown prince had “approved” the killing of journalist Jamal Khashoggi. [Source: washingtonpost.com]

In 2003, the U.S. illegally invaded Iraq, which constituted a massive war crime. Every U.S. president since 2003 has been a war criminal, and every newly elected president should have ended that illegal, unjust war soon after taking the oath of office. President Biden failed to order all of our troops, mercenaries and intelligence operatives out of Iraq, and that failure constitutes an impeachable offense.

In 2011, the U.S., Turkey, Israel and other countries committed illegal aggression against Syria by supporting terrorist groups including al-Qaeda, al-Nusra, and later ISIS in their campaign to overthrow the Government of Syria.

Everything the U.S. has done in Syria since 2011 has constituted a massive war crime.

An article published in The Times of Israel on June 17, 2022, noted that Israel coordinates with and gets approval from the U.S. military on some of its air strikes in Syria. According to The Wall Street Journal, the process is meant to ensure that Israeli attacks on [alleged] Iranian targets do not interfere with American operations in eastern Syria.

Every U.S. president since 2011 has been a war criminal for committing international aggression against Syria, and every newly elected president should have ended that illegal, unjust war soon after taking the oath of office. President Biden failed to order all of our troops, mercenaries and intelligence operatives out of Syria, and that failure constitutes an impeachable offense.