Turkey makes move to resolve S-400 dispute with the US

Ankara indicates it may be willing to compromise on the Russian air defense system that strained ties with the US. 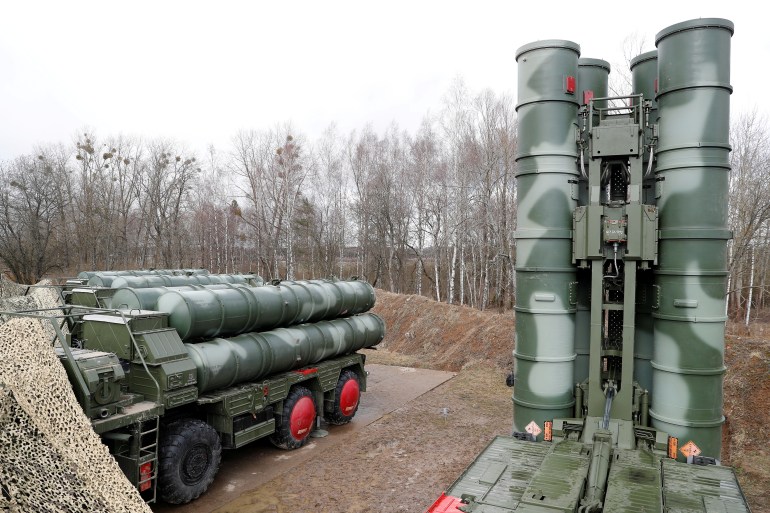 Turkey’s proposal to not fully activate its controversial Russian S-400 missile system offers an olive branch to the new US administration to start negotiations over the issue that has severely strained bilateral ties, according to analysts.

Defence Minister Hulusi Akar said in an interview with a Turkish newspaper that his country is open to a deal similar to one with Greece, another NATO member, which was made after it bought S-300s – an older generation the Russian defence system – in 1997.

“There is no decision to use them [S-400s] constantly,” Akar was quoted as saying by the Hurriyet daily on Tuesday, adding the missiles could be deployed only if Turkey comes under threat.

Turkey’s purchase of the S-400 system has been one of the key issues that have clouded relations between Turkey and the United States, leading to the imposition of American sanctions.

Akar reiterated Ankara’s call for talks with the United States over the Russian S-400s, which has so far been ignored by new US President Joe Biden’s administration.

“We have said the negotiations could be held under the umbrella of NATO. NATO Secretary-General Jens Stoltenberg also said he was positive about the issue,” the Turkish minister said.

Washington says the S-400 system might be used by Moscow to secretly acquire classified information on American and NATO weaponry, posing a serious risk to the alliance.

The US also says Turkey’s procurement also provides substantial funds to Russia’s defence sector, and the S-400s are incompatible with NATO systems.

Turkey, however, insists it is not planning to integrate S-400s into its NATO armaments, and the weapons would not pose a threat to American systems or the alliance.

Sinan Ulgen, a former diplomat and current analyst, told Al Jazeera that Akar’s comments could produce a basis for talks between the US and Turkey to resolve the festering dispute.

“Ankara is trying to open a dialogue with the US by saying that it might not keep the S-400s operational at all times,” he said.

“Greece’s S-300 missiles are not kept active and rarely used, including in some NATO military drills Greece takes part in, which actually makes the alliance know the Russian system better,” Ulgen added.

“I do not believe Turkey would use S-400s in NATO drills. This would create a crisis between Moscow and Ankara. I don’t believe not having the system active would annoy Russia. The main issue will be, if there is such an agreement, to find a monitoring mechanism between the two NATO allies to verify the status of the defence system.”

Why do countries want to buy the Russian S-400?

Greece acquired the S-300 defence system, which was originally planned to be deployed in Cyprus, during a crisis between Turkey and the Greek Cypriot government in the late 1990s.

The issue was resolved in December 1998 after the Greek Cypriot government sent the system to Greece in exchange of other weapons.

The S-300s are currently deployed on the Greek island of Crete, kept in storage, and not integrated into NATO’s defence network. 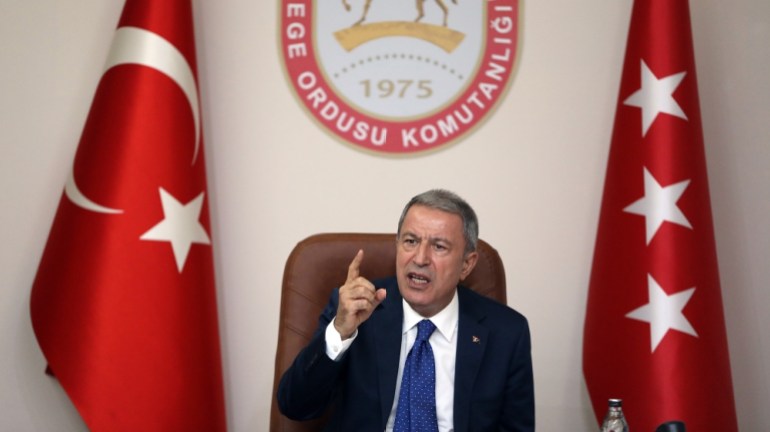 Washington sanctioned Ankara over buying the air defence system in December 2020 under the Countering America’s Adversaries Through Sanctions Act (CAATSA).

In his interview, Akar criticised the US sanctions, pointing out the law’s title literally calls Turkey “an adversary”.

“We reject Turkey – a NATO ally and US strategic partner – being called an adversary. How can this be possible?” he said.

The sanctions target Turkey’s military procurement agency, its chief, and three other senior officials. They block any assets the officials may have in the United States and ban them from entering the country.

In addition, the penalties include a ban on some export licences, loans, and credit to Turkey’s Presidency of Defence Industries agency. 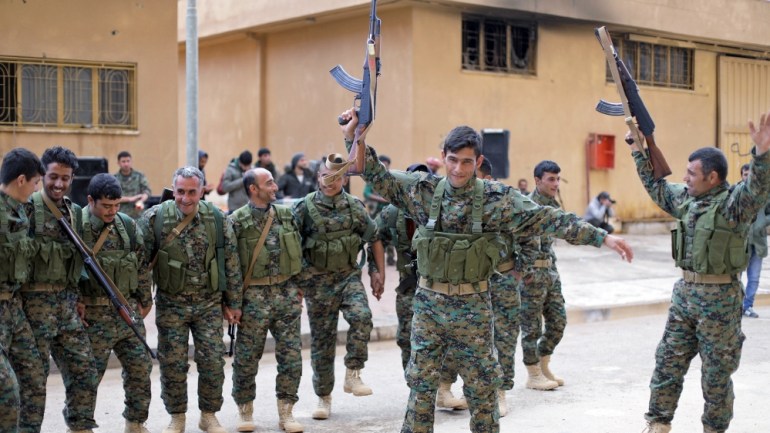 US-Turkey relations have been complicated in recent years over a series of disagreements, including American support for Syrian Kurdish fighters viewed by Ankara as “terrorists”.

Turkey considers the Kurdish People’s Protection Units (YPG) an extension of the armed Kurdistan Workers Party (PKK), which has been fighting against the Turkish state for decades demanding autonomy.

According to Mensur Akgun, a professor of international relations at Istanbul’s Kultur University, Turkey is likely to bring up the US backing of the Syrian Kurdish fighters in future talks with the US.

“In the past, Turkey would respond to the US criticism over S-400s at the technical level, but recently officials, including Akar, started linking the issue to the dispute over the Kurdish fighters in Syria,” said Akgun.

“Ankara argues the US criticism over the Turkish purchase of S-400s from Russia, NATO’s opponent, is void as the US itself backs the People’s Protection Units, Turkey’s enemy. Turkey seeks to see talks and dialogue with the US, not sanctions. The question is the readiness the new US administration to talk about S-400s.”

He added unlike his predecessor Donald Trump’s approach to Ankara, President Biden is likely to add human rights issues and democratic principles in Turkey into the mutual dialogue as part of his policy agenda. 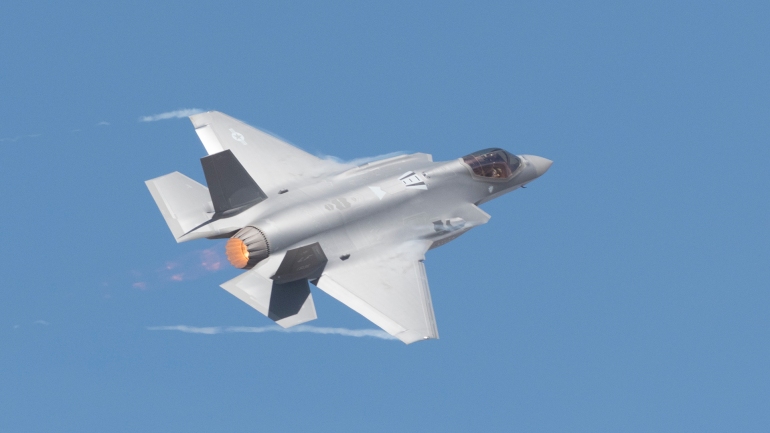 In July 2019, the US removed Ankara from its key F-35 fighter jet programme days after Turkey received the first delivery of the Russian S-400s. Turkey was a manufacturer and buyer in the scheme.

The Biden administration has said it will continue Trump’s policy of excluding Ankara from the development of the stealth F-35 jets.

“Our position has not changed,” Pentagon spokesman John Kirby said at a Pentagon news conference last week. “We urge Turkey not to retain the S-400 system.”

Ibrahim Kalin, Turkey’s presidential spokesman, and US National Security Adviser Jake Sullivan had a phone call last week that marked the first official contact between the allies since Biden took office on January 20. The S-400 dispute was part of the conversation, according to Turkish and American media reports.

Turkey decided to buy S-400s after failing to agree on terms with former President Barack Obama’s administration about the US Patriot air defence system widely used within NATO. The S-400 deal with Russia was signed in 2017.

Trump has admitted that Turkey’s S-400 acquisition was justified, blaming Obama for the crisis.

“Obama administration said no, no, no to Turkey when they wanted to buy Patriots and they [Turkey] bought S-400s,” Trump said in a speech in 2019, saying Obama’s decision created a “mess” with Ankara.

Trump and Turkish President Recep Tayyip Erdogan had a close relationship and frequent direct contact. Biden and Erdogan have not yet had a conversation.

Erdogan said last month he hoped “we can hold talks and see positive results” over the S-400 issue. 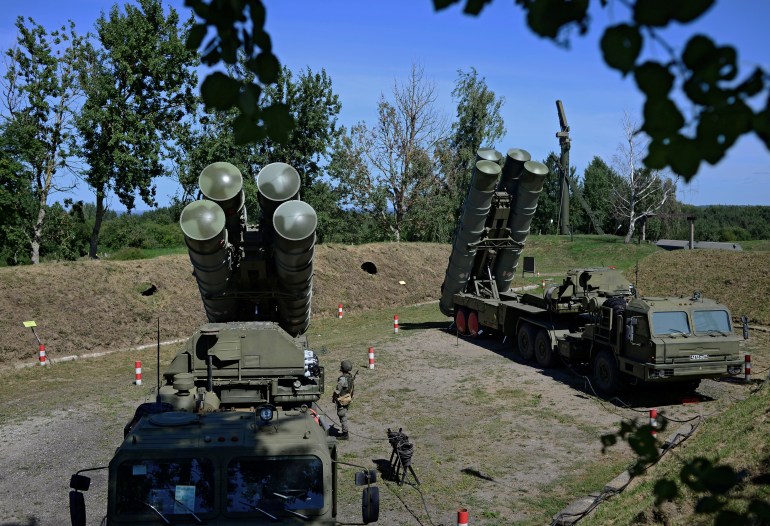