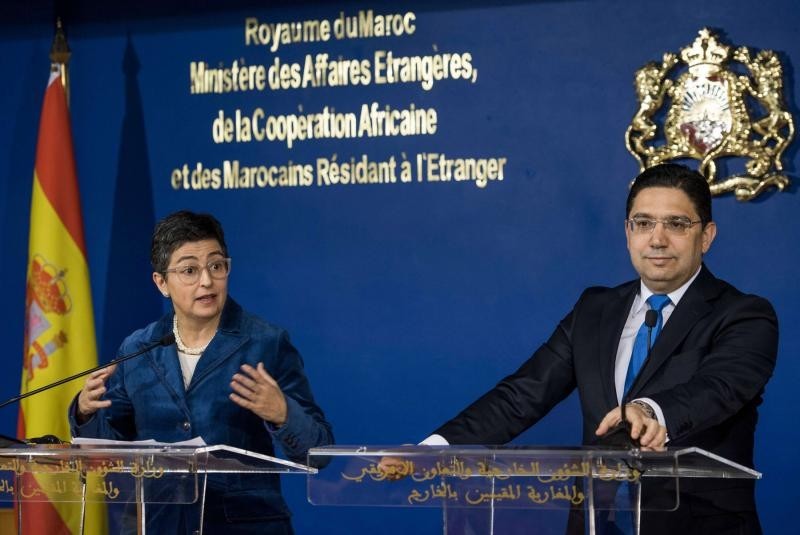 The ambassador said that Morocco is taking notes and will act accordingly.

Ghali traveled in April to Spain using a fake passport and identity under the name of Mohamed Ben Batouch. Spain and Algeria arranged Ghali’s trip after he tested positive for COVID-19.

Morocco denounced Spain’s move and called on it to assume its responsibility.

The ambassador accused the Spanish FM of continuing to “present false facts and to make inappropriate remarks.”

Benyaich warned that the current crisis has exposed the “real ulterior motives of certain circles in Spain, which persist in wanting to harm the Kingdom’s priority interests, since the recovery of the Moroccan Sahara in 1975.”

For the ambassador, it is important to know whether Laya’s recent remarks are “clumsiness” from the Spanish official or if they “reflect the real inclinations of certain Spanish circles against Morocco’s territorial integrity, a sacred cause” for the Moroccan people and all vital forces in the country.

The diplomat warned that mutual respect that Spanish Prime Minister Pedro Sanchez talked about recently “unfortunately is now being called into question today.”

Benyaich concluded that Morocco has taken notes of all recent developments and will act accordingly.

He said that the relationship between Morocco and Spain and other European Union members must be based “on trust and respect for borders.” Sanchez added that “we have the best disposition to resolve this crisis with Morocco.”

The official also expressed satisfaction with the EU’s support amid the recent events in the Spanish enclave of Ceuta. Over 8,000 people crossed to the Spanish enclave from northern Morocco, which are both situated on the same landmass on the African continent.

The incident resulted in an frenetic media campaign where Spanish media toed the line of the government and vilified  Morocco for allegedly using the migration card to “blackmail” their country. Very few voices questioned Spain’s decision to allow entry into its soil of Brahim Ghali, an alleged criminal wanted by justice.

Morocco responded to Spain’s frustration and criticism against its security services, emphasizing that the Ceuta event is not the source of the crisis.

Morocco said that Spain has brought the crisis to Europe after allowing a wanted separatist to enter European territories with a fake identity.

While the EU spends billions to prevent migration to the prosperous continent, even for conflict refugees, it allowed Ghali to enter, knowing how sensitive this issue is to Morocco while ignoring Spain’s domestic immigration laws.

Bourita said that the crisis and continued tensions will only worsen if Spain allows Ghali to leave its territories the same way he entered.