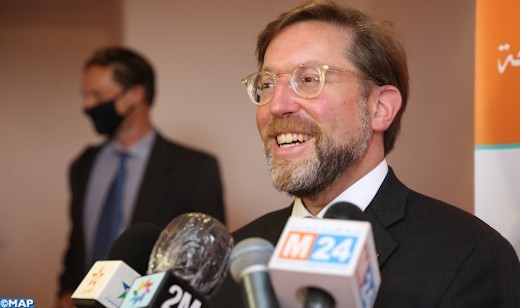 The US Congratulates Morocco on ‘Successful’ General Elections

As Morocco closed its polling stations on Wednesday, The US embassy in Rabat sent out a message in which it congratulated the North African country “on successfully holding” its general elections.

The embassy made the comments in a brief statement on Twitter, framing Morocco’s “successful” general elections as an expression of the country's democratic commitments.

Although Morocco is a monarchy, the introduction of elections has given more power to the Moroccan citizens to determine who is representing their interests in the country’s highest institutions. Currently, four principal parties are vying for control of the Moroccan legislative party.

These include the Islamist, ruling Justice and Development Party (PJD), which has ruled since 2011, the Istiqlal party, the National Rally of Independents (RNI) party, and the Authenticity and Modernity (PAM) party.

Vote counting is currently ongoing throughout the country, as Moroccans wait to see who will gain majority control of the parliamentary body. Incumbent Prime Minister Saadeddine El Othmani was spotted casting his vote earlier today in the city of Sale.

Moroccans expect the final results of today’s elections to be tallied within the next hours, and for final results to be displayed by Thursday.