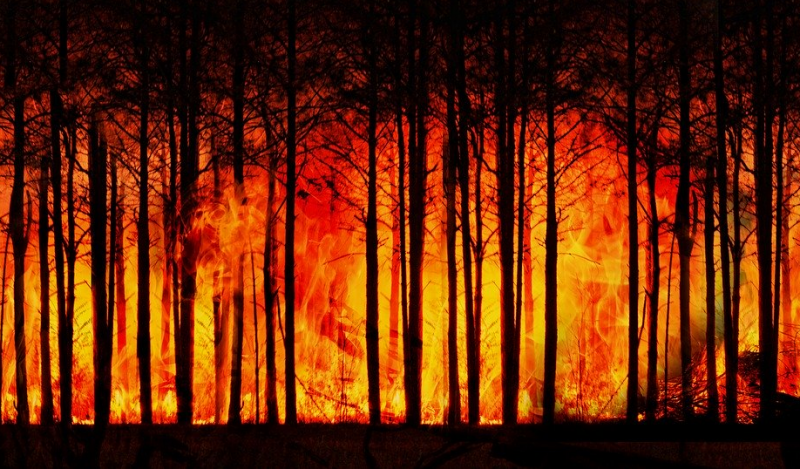 According to the Department of Water and Forests under the Ministry of Agriculture, the efforts made to fight forest fires have limited wildfire damage in Morocco in 2021, as compared to last year and to what the country experienced ten years ago (2011 -2020).

The land of burnt forests declined significantly by 47% and 11% in 2021 compared to last year and to the 10-year average during the same period, respectively.

“34% of this area consists mainly of secondary species and herbaceous formations,” said the department in a press release.

In 2021 alone, the Rif region in northern Morocco, which was hit by 81 wildfires spanning an area of over 1,482 hectares, remains one of the major wildfires experienced by the country. The second region is Fez-Boulemane with 17 fires and 859 hectares of burned land.

The biggest wildfire in the Rif region was registered in the forest of Jbel Sougna in the province of Chefchaouen and covered a land of 1,100 hectares, while damage estimations of fire outbreaks in the province of Sefrou, in Laanaceur (Dayat Iffer) and in Ighezrane (Ribate Al Kheir) reached 470 and 350 hectares respectively.

The press release also reported that the reconstruction programs of burnt forests have been launched across the country, which includes the Zemzem forest in the northern city M’diq that had been burnt down last year.

Zemzem forest is currently under rehabilitation with a budget of MAD 15.5 million ($1.6 million) aimed at improving the ecosystems that have been damaged.