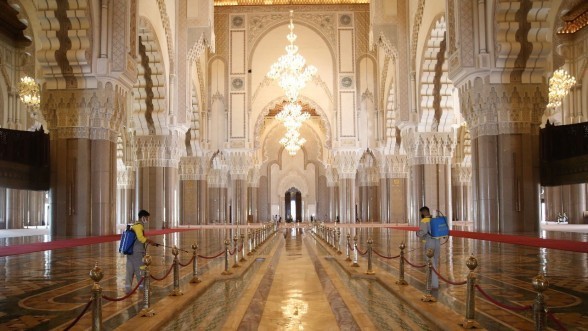 Taoufiq announced the decision at the House of Representatives when answering a question on the continued closure of mosques.

He said that the opening of closed mosques will take place in line with all precautionary measures in collaboration with health authorities.

Taoufiq added that the Ministry of Islamic Affairs will issue a statement regarding the reopening of mosques in the coming days.

The gradual reopening of mosques comes as part of Morocco’s lockdown easing.

The ministry also set conditions, inviting citizens to carry out “wudu,” the Islamic procedure for cleansing parts of the body as a type of purification ritual before praying.

Mosques in Morocco were closed on March 16, 2020 as part of the country’s strict restrictions to end the spread of the pandemic. But there was a partial relaxation of measures in July of the same year after COVID-19 cases went down.

Morocco is home to over 50,000 mosques, according to official figures.