Pink Floyd frontman Roger Waters has demanded the immediate release of Julian Assange after a UK judge declined a US extradition request, telling RT the WikiLeaks founder’s battle is far from over as Washington eyes an appeal.

“Let the man begin to live,” Waters said in an interview with RT on Monday, insisting Assange must be freed from custody at London’s maximum security Belmarsh Prison without delay, hours after Judge Vanessa Baraitser ruled against extradition for the anti-secrecy activist.

We, [Assange’s] supporters, have to be saying ‘Bail. You have to bail him now.’ He’s suffered way beyond any suffering that should’ve been meted out to him for his one small bail infringement, which is his only crime under UK law. So bail him now.

While Waters said he was heartened by the “scenes of jubilation” outside the Old Bailey courthouse following the decision, he noted it was “equally sobering” to see that the United States had already filed an appeal “within minutes of the judgement.”

“This is clearly a delaying tactic,” he said of the ruling, adding that lawyers representing Washington “obviously” knew of the judge’s plan to deny extradition “because they have coached Judge Baraitser all the way through the entire… kangaroo court in London.”

Further cautioning against optimism, the rockstar said a US appeal could drag out Assange’s case for “at least another couple of years,” while predicting that Baraitser would not grant him bail.

“She claims he’s a flight risk… She’ll give all the usual reasons. The real reason is, of course, is they want to keep him confined until he dies. That’s what they’re hoping for,” Waters said, adding that while Baraitser declined extradition, she nonetheless “judged that the whole US case against Assange was correct, legally, that the United States won the argument.”

So let us not run away with the idea that somehow she found that Julian Assange was innocent of the charges brought against him by the United States.

Waters said the implications of Assange’s case extend far beyond one journalist’s freedom, saying it symbolizes a “battle for the survival of the human race” and the future of the Fourth Estate around the world.

“If we allow the United States government to crucify a journalist on the grounds that he revealed war crimes by them, then we give up our access to the real world. We say ‘OK, we will believe what you tell us,’” he said, adding that corporate media outlets continue to wage “a very, very powerful propaganda campaign” to “smear Julian Assange.”

After spending some seven years under political asylum at Ecuador’s embassy in London – where he stayed amid fears Washington would charge and extradite him over WikiLeaks’ publication of classified material – Assange’s protected status was revoked in 2019 following a new president's rise to power in that country.

He was arrested by UK authorities almost immediately afterward on a years-old bail-skipping charge, prompting the US Department of Justice to unseal an 18-count indictment alleging that Assange conspired to “hack” military computers in order to obtain confidential records, including the 2007 ‘Collateral Murder’ video, which shows a US Apache helicopter gunning down a crowd of civilians in Baghdad, among them two Reuters journalists. He has since awaited extradition in the Belmarsh Prison, where he remains even after the US request was shot down. A bail application is expected to be made on Wednesday. 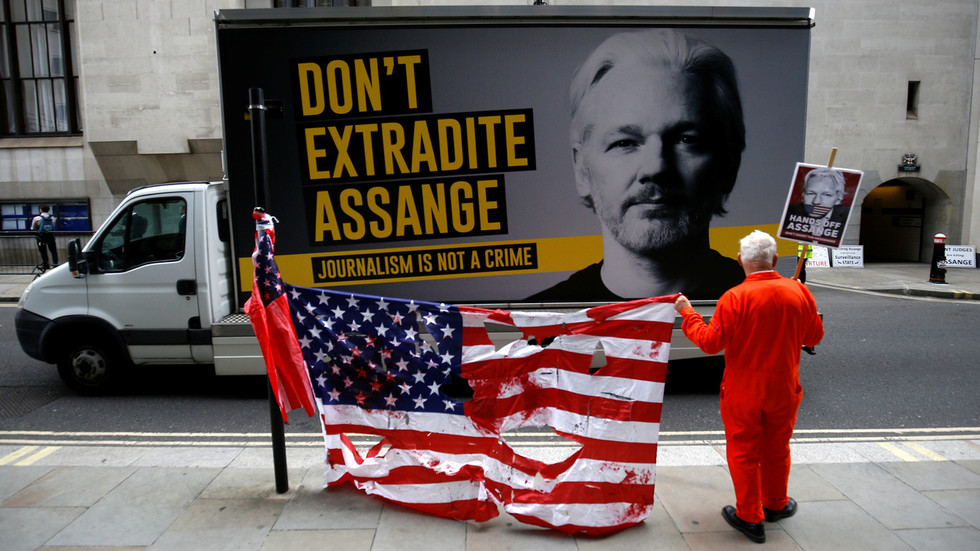