Concerns grow over reports of blood clotting among some recipients, but WHO urges countries to keep using the COVID vaccine.

More than a dozen countries, mostly in Europe, have suspended the use of AstraZeneca’s COVID-19 vaccine over fears the shot may have caused some recipients to develop blood clots.

Sweden and Latvia on Tuesday became the latest nations to halt the rollout, following moves by Germany, Italy, France, Spain, Denmark, Norway, and The Netherlands, among other

The World Health Organization (WHO) is meeting on Tuesday to review the available safety data on the vaccine, although it has repeatedly expressed confidence in its safety in recent days; WHO chief Tedros Adhanom Ghebreyesus has said there was no evidence of a link so far.

More than 17 million people have received the vaccine in the United Kingdom and the European Union to date, with fewer than 40 cases of blood clots reported as of last week, AstraZeneca, a British-Swedish multinational, said on Sunday.

The European Medicines Agency (EMA), Europe’s medicines regulator, will meet on Thursday to discuss the information gathered to decide whether the vaccine contributed to thromboembolic events in those inoculated.

While its investigation is ongoing, the EMA remains of the view that the benefits of the AstraZeneca vaccine in preventing COVID-19 outweigh the risks of possible side effects.

But reassurances appear to have done little to calm doubts. These are the countries that have suspended use of the vaccine to date:

Sweden’s health agency on March 16 suspended the use of the AstraZeneca shot as a precautionary measure.

“The Swedish Public Health Agency has decided to suspend the use of AstraZeneca’s covid-19 vaccine until the European Medicines Agency’s investigation into suspected side effects is done,” the agency said in a statement.

The Swedish Medical Products Agency said a day earlier it had recorded 10 cases of blood clots and one case of low levels of platelets among people who received the AstraZeneca vaccine, but not in combination.

Latvian government health agencies on March 16 announced a “temporary suspension” of up to two weeks.

The move was taken as “an additional precaution” while the vaccine is scrutinised, and no problems have been linked to its use in Latvia, the agencies said in a statement.

President Emmanuel Macron on March 15 announced that France was suspending use of the AstraZeneca vaccine pending an EMA assessment of the shot.

“The decision has been made … to suspend the use of the AstraZeneca vaccine as a precaution, hoping that we can resume it quickly if the judgement of the EMA allows it,” Macron told a press conference.

Macron did not elaborate on the reasons for the decision but said he hoped France would be able to vaccinate with the AstraZeneca shots again “soon”.

The German government on March 15 said it had halted use of AstraZeneca’s shot.

The country’s health ministry said the decision was taken as a “precaution” and on the advice of Germany’s national vaccine regulator, the Paul Ehrlich Institute, which called for further investigation of the cases.

Italy’s medicines agency on March 15 said it had joined other European nations in blocking the use of the AstraZeneca vaccine.

The move came just days after Italy’s AIFA regulator banned the use of a single batch of the shot as a precaution while insisting there was no established link to the alleged side-effects.

“AIFA has decided to extend the ban on the use of AstraZeneca’s COVID-19 vaccine throughout Italy as a precautionary and temporary measure pending European Medicines Agency (EMA) rulings,” AIFA said in a statement.

Spain announced on March 15 that it would suspend use of the AstraZeneca vaccine for at least two weeks to allow experts to review its safety.

“We have decided to temporarily suspend [use of the AstraZeneca vaccine] as a precaution,” Health Minister Carolina Darias told reporters.

Luxembourg on March 15 said it was suspending use of the AstraZeneca shot as “a precautionary measure” until the EMA report on the vaccine is available.

Cyprus moved to pause use of the AstraZeneca COVID-19 shots on March 15 pending an EMA review of the vaccine.

The country’s health ministry said the suspension will last until March 18, when the EMA is due to issue a review of the vaccine following reports of thrombosis among some recipients in Europe.

Portugal temporarily suspended use of the AstraZeneca shot on March 15 following the reports of possible serious side effects.

Graca Freitas, head of the health authority DGS, told a news conference that although the side effects were “extremely severe”, they were “extremely rare”, adding no such cases had been reported in Portugal so far.

Officials said they hoped a scientific review of the jab can be completed by the end of the week.

Slovenia announced on March 15 that it was joining other European nations in suspending use of the AstraZeneca jab.

Health Minister Janez Poklukar said the government had taken the decision in order to “ensure the highest possible level” of safety.

“There is no medical expertise justifying this halt” but it is a preventive measure pending an opinion from the European Medicines Agency (EMA), he said.

“To be conservative, the food and drug agency delayed implementation of AstraZeneca [vaccine] as it awaits confirmation from the WHO,” said Budi Gunadi Sadikin.

Indonesia received 1.1 million doses of the AstraZeneca vaccine via the global COVAX vaccine-sharing programme this month and is set to receive some 10 million more in the next two months.

The Netherlands saw 10 cases of noteworthy adverse side effects, a Dutch drug watchdog said on March 15, hours after the government suspended the vaccine.

The Pharmacovigilance Centre Lareb said the reported incidents included cases of possible thrombosis or embolisms, but none included a lowered number of platelets, as has been reported in Denmark and Norway.

The vaccine will not be used until at least March 29 as a precaution.

Ireland announced on March 14 that it had halted AstraZeneca “out of an abundance of caution” after reports from Norway of serious blood clotting in some recipients there.

“It may be nothing, we may be overreacting and I sincerely hope that in a week’s time that we will have been accused of being overly-cautious,” Deputy Chief Medical Officer Ronan Glynn said. 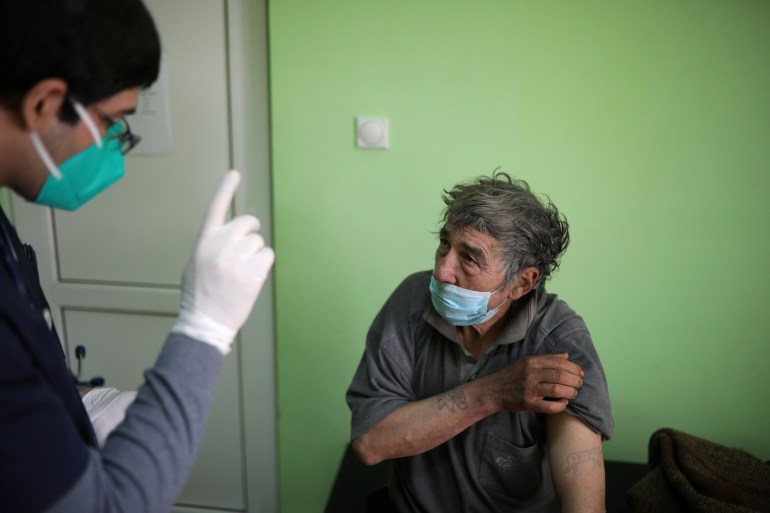 Bulgaria on March 12 temporarily halted AstraZeneca after reports that a 57-year-old woman died hours after receiving a shot.

Prime Minister Boyko Borissov said the AstraZeneca rollout would be paused “until all doubts are dispelled and as long as the experts do not give guarantees that it does not pose a risk to the people”.

The woman is believed to have died of heart failure; the autopsy found no blood clots.

The Democratic Republic of the Congo

The Democratic Republic of the Congo (DRC) announced on March 12 it was delaying the AstraZeneca vaccine, citing the European countries’ moves.

The DRC received 1.7 million AstraZeneca doses via the COVAX scheme on March 2 but is yet to start its inoculation programme.

“We are going to check to know more about this problem,” a spokesperson for the DRC’s health ministry told Reuters news agency.

Thailand was the first country outside Europe to delay the AstraZeneca vaccine, on March 12 – the day its political leaders were due to have the first shots.

The suspension was brief, however, and Prime Minister Prayuth Chan-ocha became the first person in Thailand to receive the vaccine on March 16. 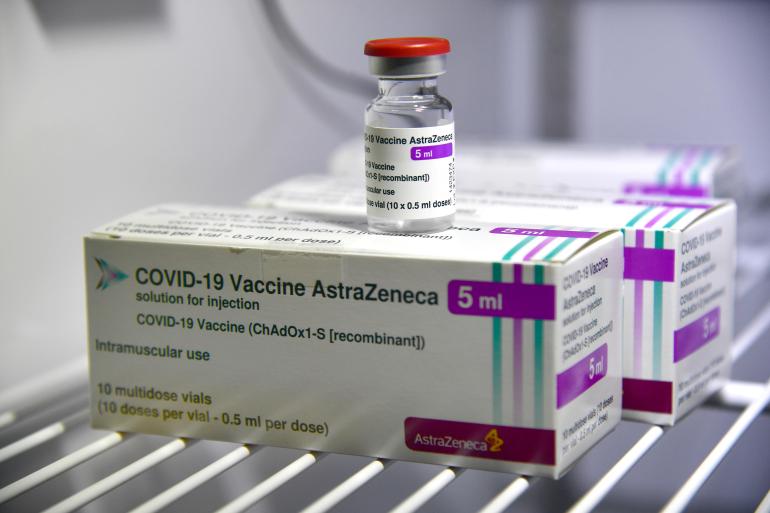 Romania temporarily stopped vaccinating people with one batch of AstraZeneca’s COVID-19 vaccine – the same one in question in Italy – on March 11. Officials described the move as an “extreme precaution” until the EMA completes an inquiry.

Iceland on March 11 suspended jabs with the vaccine as it awaited the results of an investigation by the EMA.

Denmark on March 11 announced it was halting the use of the AstraZeneca shot for two weeks, following reports of blood clots in some people who had been vaccinated.

The Danish Medicines Agency later said a 60-year-old Danish woman who died of a blood clot after receiving the vaccine had “highly unusual” symptoms.

The woman had a low number of blood platelets and clots in small and large vessels, as well as bleeding, it said on March 14.

A few similar cases were found in Norway and in the EMA database of drug side effects, the Danish Medicines Agency added.

Norway also said it was suspending the use of the vaccine on March 11, as a caution amid the reports of possible serious side effects.

On March 13, Norwegian health authorities revealed that three health workers – all aged below 50 – who had recently received the AstraZeneca vaccine were being treated in hospital for bleeding, blood clots and a low blood platelet count.

“We do not know if the cases are linked to the vaccine,” said Sigurd Hortemo, a senior doctor at the Norwegian Medicines Agency. 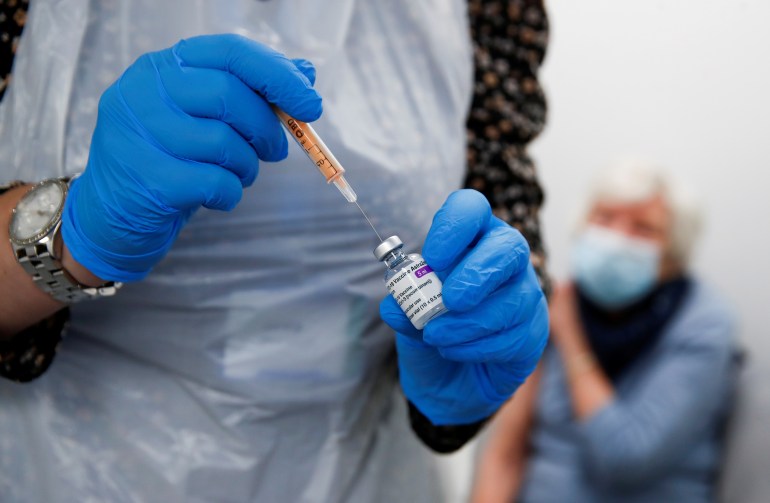 Before Denmark and Norway stopped their rollout, Austria on March 7 paused its use of a batch of AstraZeneca shots while investigating a death from coagulation disorders and an illness from a pulmonary embolism.

Estonia, Latvia, Lithuania and Luxembourg also suspended the use of the batch singled out by Austria.